I like to relax and watch a movie or show every day. Sometimes, when I'm watching a show I get a little caught up in it and watch it for hours or all day...

A lot of the movies and shows that I love are old, because I believe they are the best. Moreover, they are also clean and just so much enjoyable.

Some of the movies I'll be listing aren't necessarily my favorite but they are the movies I grew up watching.  They are worth seeing and if you know us personally we will ask you if you've seen them and then,  proceed to show them to you if you have not.

Singing in the Rain, starring Gene Kelly, Donald O'Connor, and Debbie Reynolds. I can't begin to imagine how many times I have seen this movie. My family and I will quote a lot of this movie, When e hear certain words, we will randomly say an entire quote—in the correct tone of voice of course.

Seven Brides for Seven Brothers, starring Howard Keel, and Jane Powell. This is another movie I have seen too many times. It's also another movie we will quote if someone says the correct trigger word.

Ever After, starring Drew Berrymore, Dougray Scott, and Anjelica Huston. Now, this is my all-time favorite movie! I know most of this movie by heart and can recite a few complete scenes. I literally watch this movie about once a month and it never gets old. It's a Cinderella story but so so so good.

Pride and Prejudice, starring Keira Knightley and Matthew Macfadyen. Another one of my favorite movies. It's a total chick flick! Surprisingly I actually don't quote this movie all that often. I do suggest watching this movie with subtitles the first few times just so you can completely understand what is being said.

The Princess Bride, starring Cary Elwes and Robin Wright. I wouldn't say this is one of my favorite movies but it is definitely my dad's favorite so I love it because I love to see the excitement on his face when he watches it.

War Wagon, starring John Wayne, Kirk Douglas, and Howard Keel. So, a few of us kids are John Wayne fans. The first time I saw this one a few years ago I fell in love with it and it has now become one of my favorite John Waynes. If I can remember correctly we don't really quote this particular movie all the often. Shocker, I know!

The Comancheros, starring John Wayne and Stuart Whitman. The first time I watched this one it became my favorite and has remained there. Now, I could list so many John Wayne movies but I think  I will just keep it simple with only a few.

El Dorado, starring John Wayne, Robert Mitchum, and James Caan. If I remember correctly this was my first favorite John Wayne movie but now it is shared with a couple others. This movie was also filmed in Tucson at Old Tucson Studios. I often quote from this particular movie, I just love it.

The Great Escape, starring Steve McQueen, James Garner, and Richard Attenborough. This is a sad yet beautiful storyline. It's based on a true story from World War II. It was so well done with a little comedy mixed in. It is also a wonderful view of what some of our men went through during that time in history.

Mom's night out, starring Sean Astin, Patricia Heaton, and Trace Adkins. This is a hilarious movie! I am not a mom (yet) but I have kinda seen what motherhood is like. Another movie I have seen many times, it keeps me laughing at every turn. It also has a good reminder at the end.

Blue Bloods, starring Donnie Wahlberg, Will Estes, Tom Selleck, Bridget Moynahan, and Vanessa Ray. I am a big supporter of first responders so when my mom started watching this show a few years ago I also caught on to it. I love it. It can get a little intense and there is some language but its a wonderful show. It's about a family of cops working in New York. I can't wait for season 10 coming out in September!

Live PD on A&E. I ran across some of the episode clips on facebook and when I realized it was an actual show I couldn't get enough of it. I ended up watching as many old episodes as I could and now I watch it every week. Unfortunately, since we don't own a TV I can't actually watch them live so I have to wait until they are uploaded onto A&E which is about a week after the original air date. Live PD gives you a look into how law enforcement works across the US. Such a great way to learn a little about what our men and women in blue go through on a daily basis.

North by Northwest, starring Cary Grant and Eva Marie Saint. I love Cary Grant! In his movies he was just awesome, he made some amazing movies and it's hard deciding which ones are my favorite because I like so many! But North by Northwest was able to make my list. It's an action and mystory a very good one at that.

To Catch a Thief, starring Cary Grant and Grace Kelly. I think this was one of the first Cary Grant movies I ever saw. Such a great storyline that keeps you guessing until the end. Figuring out who the bad guy is can be very hard. It takes place in France so there is some French spoken but it only adds to the excitement of the movie.

White Christmas, starring Bing Crosby, Danny Kaye, Vera Ellen, and Rosemary Clooney. We watch this movie every year around Christmas, all of us will sing along and even copy what the actors and actresses say. I have gotten a little tired of seeing this movie so many times around the same time but it holds so many special memories that it's still one of my favorites.

Shakiest Gun in the West, starring Don Knotts and Barbara Rhoades. I wouldn't actually say this is one of my favorite movies but at the same time, it is, weird I know. It's a very comical movie so it's a good one to watch once in a while when I need a good laugh.

Sissi, starring Romy Schneider and Karlhinz Bohm. I saw this movie a very long time ago and as a young girl, I loved it. I could I not love an Empress loving horses, long beautiful hair and big beautiful hoop dresses? This movie is based on a true story about Empress Elizabeth of Austria. When I saw how long and beautiful her hair was along with the amazing hairstyles she does I wanted hair like hers and that is pretty much how I got started on my hair journey. It is in German so unless you know German you do have to watch it with English subtitles or whatever language you speak.

Zorro, starring Guy Williams, Henry Calvin, and Gene Sheldon. Now, this is THE best version of Zorro EVER. It was done by Walt Disney, they are clean and just so stinking amazing. I have seen these so many times and I plan to keep watching them. I will never get tired of these. This is probably one of my favorite shows. All the main actors were just perfect for each of their roles and no one could ever redo these and make them as well.

I Love Lucy, starring Lucille Ball, Desi Arnaz, Vivian Vance, and William Frawley. I think this is by far my favorite show, I have seen them a million-plus times and I never get tired of them. They keep me laughing no matter how many times I see them or even if I know what is going to happen. Fred (William Frawley) is one of my favorites. All four characters are what made the show so amazing. My family and I will also be caught quoting and acting out parts from this entire show.

The High Chapparal, starring Leif Erikson, Cameron Mitchell, Mark Slade, Henry Darrow, and  Linda Cristal. Now, this would be my favorite western show. Plus it was filmed here in Tucson at Old Tucson Studios! This is an awesome western show that shows the beauty of Arizona, a little look into the western life here (with a little Hollywood drama) and some comedy. We will all be caught quoting this show as well...

The Dick Van Dyke Show, starring Dick Van Dyke, Mary Tyler Moore, Morey Amsterdam, and Rose Marie. I don't particularly like Laura (Mary Tyler Moore) but I do love Rob (Dick Van Dyke) he is hilarious and so talented. It's not really one of my favorite shows but I will watch it quite often.

The Andy Griffith Show, starring Andy Griffith, Don Knotts, Ron Howard, and Frances Bavier. We have been watching this show for a while, not as long as some but right away, we all loved the character Don Knotts played. He is hilarious, the show was really funny up until Don Knotts ended up leaving after and few seasons. It's definitely a show I will keep watching and one day, show to my kids. 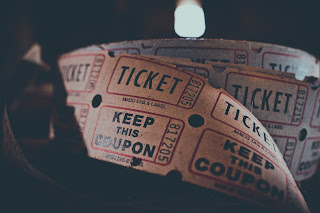